Our next ABA product is here, and it doesn’t get any more authentic than this. In honor of the 45th anniversary of the ABA/NBA merger, we’re bringing back the original red white and blue “RSS Official” ABA basketball. That’s right – the official basketball of the one and only American Basketball Association – is back for the 1st time in 45 years!

It’s such an exciting and iconic ball – it’s backed by the original ABA players themselves and, as always with Lana Sports, part of the proceeds will be donated to the the Dropping Dimes Foundation to support former players in need. 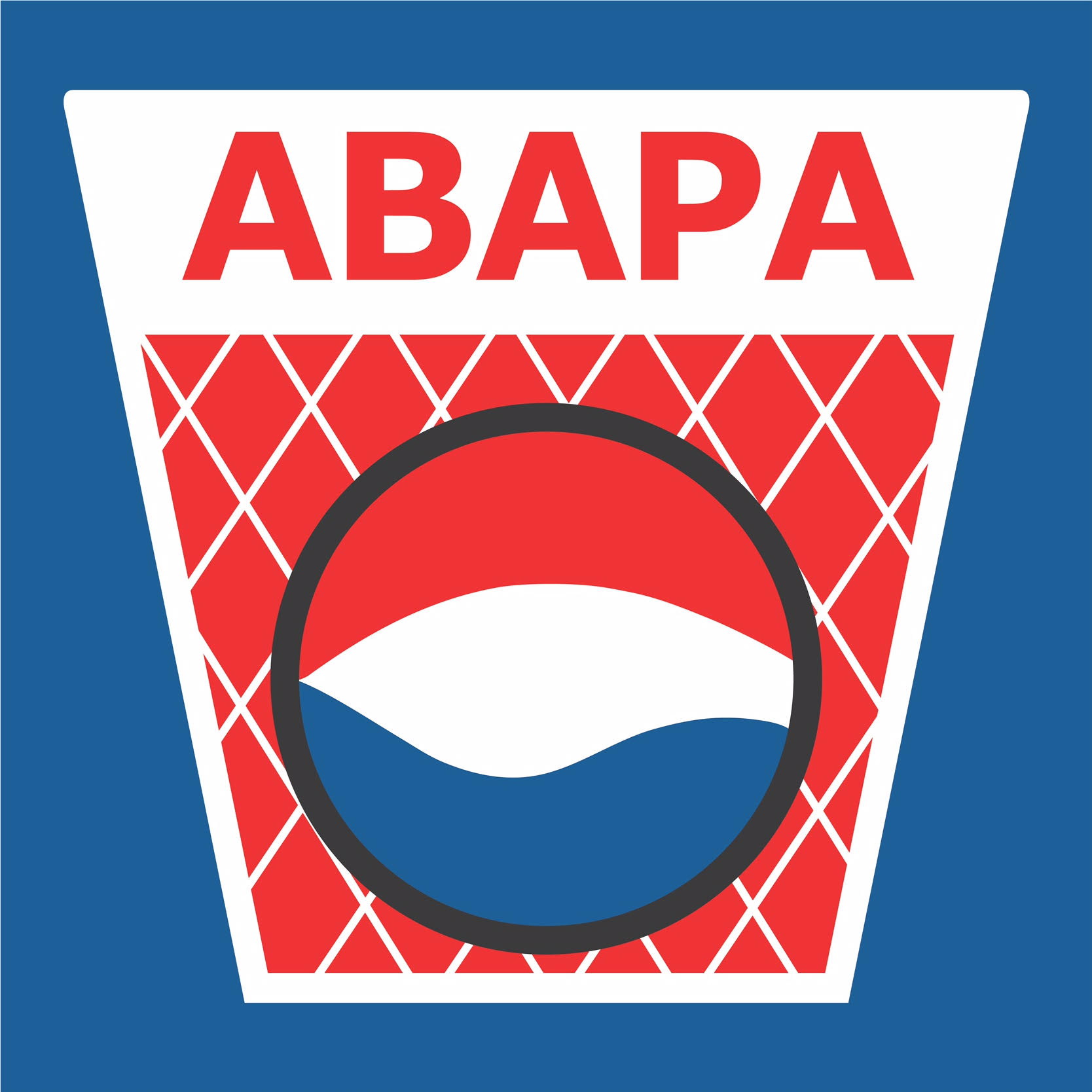 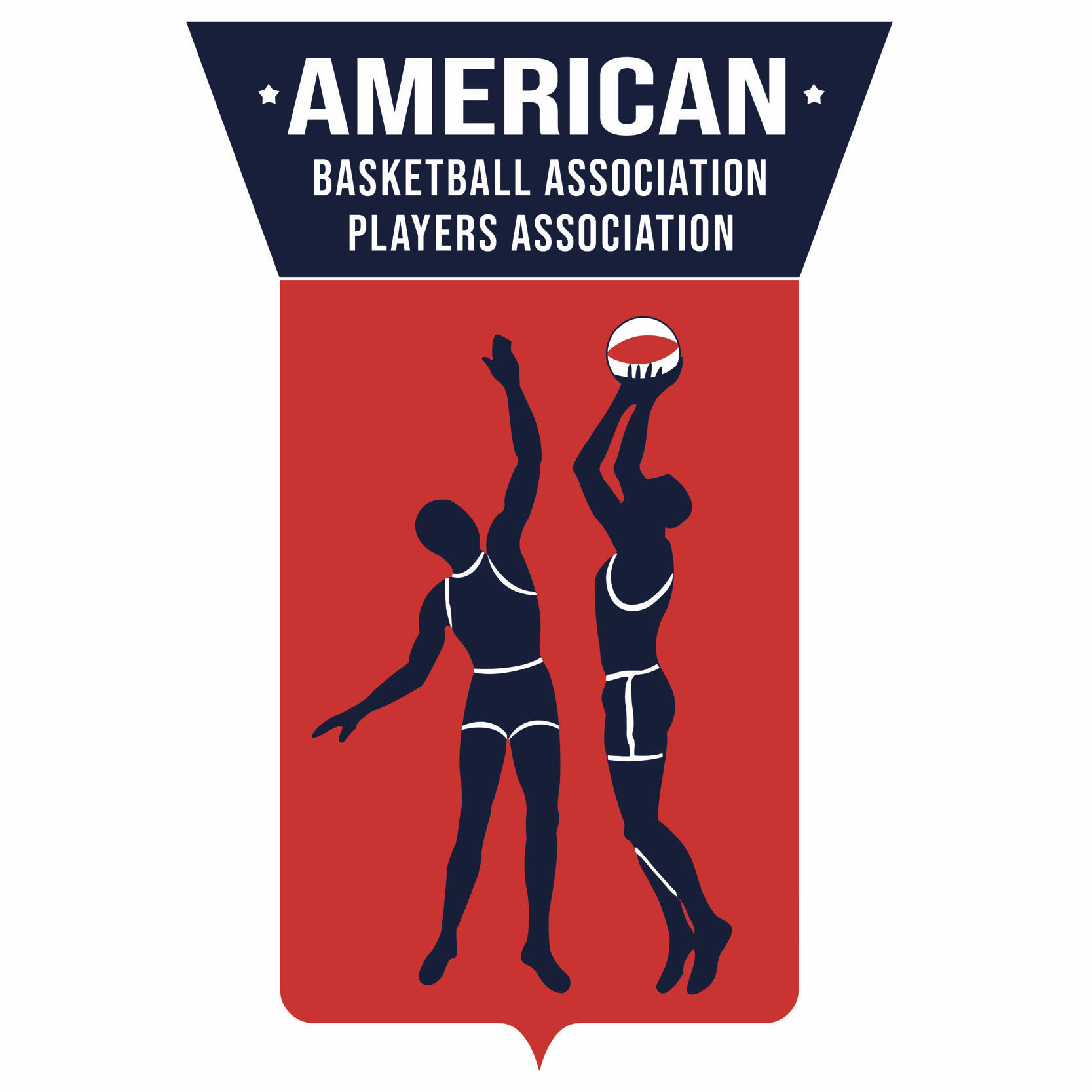 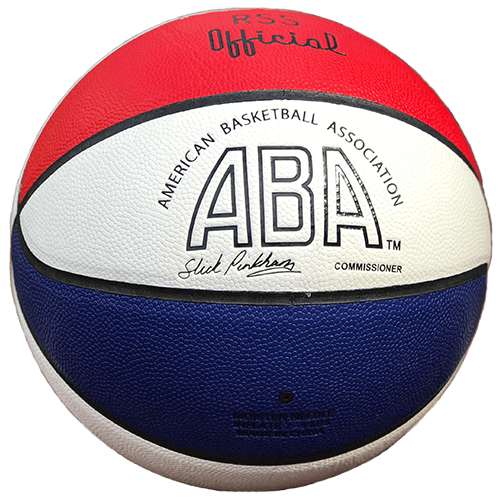 MESSAGE FROM THE ABA HOF’ERS

“Over 50 years ago the American Basketball Association changed the world of professional basketball and the patriotic red, white and blue ball became an instant fan favorite. Thanks to Lana Sports, the ABA ball is back and available for purchase. I am proud to have been a pioneer of the league and excited to be a part of bringing the history of the league and its innovative ball back to life.”

“I’ll never forget the ABA for providing such a great opportunity to guys like me – not just to play, but also to coach. That opportunity continued in a very fulfilling career for me as a coach in the NBA. One of the things I love most about the red, white and blue ball is how great it is for teaching youngsters about shooting and ball handling. Thanks Lana Sports for bringing a legendary basketball back for a great cause.”

“I spent 9 seasons in the ABA and they were the most fun years of my pro career. I’m thrilled to be part of bringing history back. It was always special watching the spin of the red, white and blue ball as it came through the net on a 3 pointer in the ABA…..fantastic to see Lana Sports bringing back the original league ball!”

““I’m happy to support Lana Sports in bringing back the original ABA basketball – such a great ball, and such a great cause man!”

“I started my pro basketball career in the ABA and I’ll never forget the experience. I faced the challenge of defending some of the greatest forwards in the ABA – the talent in the league was incredible and the fans had so much energy. The red, white and blue ball was symbolic of the League and I’m proud to be a part of the Lana Sports effort to bring it back in support of former ABA players.”

“The red, white and blue ball brings back a lot of great memories. Great fans, Great games, Great players. Many of those players are now in the Naismith Basketball Hall of Fame. It’s great to see Lana Sports bringing that magnificent ball back to life for another generation!”

“The ABA ball is amazing because it’s so easy to see the ball rotation. I loved playing with this ball and it’s really great to see Lana Sports putting it back where it belongs – on the basketball court! It’s a legendary basketball that symbolizes a legendary league. I’ll always treasure my time in the ABA.”

Some text in the Modal..

"Wow….Lana Sports has finally done what we players have been waiting on for a long time - bringing back the authentic ABA basketball! Commemorating 45 years since the ABA-NBA merger and supporting a great cause – ABA players!"

"Lana Sports has re-captured the essence of the legendary ABA with the league’s signature red, white and blue ball. ABA players and fans everywhere are lovin this!"

"This ball is the real deal……thanks Lana Sports for taking me back in time with this authentic ABA ball, and thanks for always looking out for former ABA players!"

"I love this ball – loved playing with it back in the day and it’s great to see Lana Sports bringing it back for the 45th Anniversary of the NBA-ABA merger!"

"Awesome - the iconic RWB ball is finally back – great to see it happen, and I can’t wait to see young ballers create more magic with it!"

"The guys who played in the legendary ABA were tough – this ball symbolizes that toughness to me, and I’m really happy to see Lana Sports put it back in the hands of real ball players!"

"There was nothing like watching the ABA red, white and blue ball rotate on a 3 point shot – it’s time to let a new generation of players experience that thrill – thanks Lana Sports!"

"I love Lana Sports and what they stand for – supporting and involving former ABA players and paying respect to that legendary league – I love the RWB ball baby!"

"The ABA gave a lot of African-American players an opportunity to play ball during the Civil Rights Era of the 60’s – seeing this ball brings back a lot of great feelings for me personally. Thanks to Lana Sports for keeping the spirit alive and for remembering the pioneers of pro basketball."

"It’s great to see the former players of this great league getting together to support a great cause - and seeing the iconic ABA basketball back in action for the first time in 45 years is the icing on the cake!"

"I loved knocking down 3’s with this beautiful ball....huge props to Lana Sports for bringing it back. Real ABA players support this awesome ball because it’s the real deal! "

"This is truly the one and only authentic ABA basketball - symbolizing a legendary league and a legendary time in pro basketball history and American history."

"NBA players got a kick out of playing with the red, white and blue ball during the NBA/ABA All-Star games and exhibition games - so cool seeing the authentic ABA ball back in action!"

"The ABA represented freedom in many ways.... freedom of expression and freedom to play the way we wanted to play, with style. This ball symbolizes that style and freedom and I’m happy to see it’s back!"

"Playing in the ABA was the highlight of my basketball career - I’ll never forget the freedom this ball represents. Thank you Lana Sports for doing this for all ABA players!"

"The ABA was one of the best times in my life. I loved the red,white and blue basketball. It had a spectacular rotation that helped me with shooting the ball. Great times - Great players."

"Playing in the ABA was one of the highlights of my life and I loved the red white and blue ball. I’m thrilled to see Lana Sports bring back the authentic ABA ball - and for such a good cause!"

"Thanks to Lana Sports for bringing back the authentic ABA basketball - my time in the league will always be incredibly special to me, and seeing this ball brings back a ton of great memories!"

"I’ll always remember those wonderful days of the ABA, and the brotherhood forged among the players in that historic league. I’m excited to see the ABA’s legendary red, white and blue ball making a comeback with Lana Sports - can’t wait to see it being used by a new generation of outstanding athletes!"

"The ABA basketball represents so many great memories for me - of incredible teammates, tough competitors, and a truly historic pro basketball league that hugely impacted the NBA game of today. Thank you Lana Sports for supporting former ABA players and for keeping the memories alive and well!"

"I’ll always remember my days in the American Basketball Association very fondly - it was an incredible opportunity, and I cherish that time. Seeing the ABA basketball back again reminds me of the amazing camaraderie and brotherhood among the great players and fans of this legendary league."

"There was something special about the American Basketball Association, its players and its fans - something that gave it an almost mythical quality. And I always loved that red white and blue ball, so it’s great seeing Lana Sports bring it back!"

"The ABA was a legendary league of pro basketball pioneers. It definitely forged a lasting brotherhood among players and fans. The time I spent in the league meant a lot to me, and I’m excited to see the red white and blue ball back in action!"

"Together as players supporting efforts like the Lana Sports ABA ball we can achieve our goal of taking care of our own. Everyone who bounced that red & white ball during an ABA game deserves to be a part of this. All for one, one for all!"

"We fought each other on the basketball court, but were brothers off it. I’m proud to be part of the continuing brotherhood of former ABA players supporting Lana Sports and helping former players in need at the same time."

"I loved playing in the ABA and I loved shooting the red, white and blue ball. It’s so great to see Lana Sports bring it back for an awesome cause."

"This basketball by Lana Sports is the real deal! It has the same look and feel of the original ABA ball and I love it… I’m happy to join my fellow former ABA players in endorsing it."